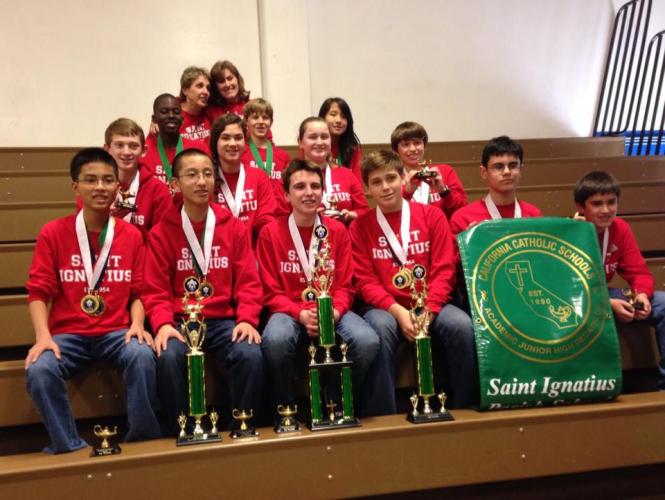 The team will now move on to the State Championship next month in San Bernadino.

The school is very appreciative of all the hard work of the students, their parents, and the adults who helped them prepare for the competition.  We are very grateful for the support of Mrs. Berghoff, Mrs. Spinelli, and most especially for the countless hours and dedication of Mrs. Walker and Mrs. Arotstegui.

Congratulations SI decathletes! We are proud of you.

Back
This item appears in: